The school exams are going to start from 20 March and will last to 27 March. The results will be published on 9th April. Admission campaign will start from 14 April and lasts to 28 April.

In the current fiscal year Bandipur municipality provided NRP 21,000.00 to the Aandhimul school and with that money the school bought 5 wooden chairs that costs NRP 13000.00. Rest money is in school’s account. 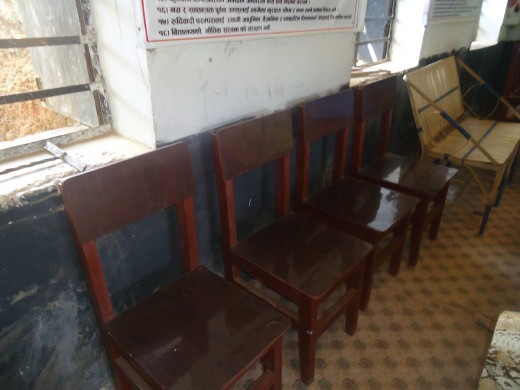 Mr Santosh Shrestha, a person originally from Bandipur and now living in Chitwan, came to the school with his friends of the Lions Club of Bageshowri, Chitwan and donated 70 pieces of school bags and 25 pieces of maths kits. Bikram and the school will distribute these things in the beginning of the new academic session/school year (mid April 2016). 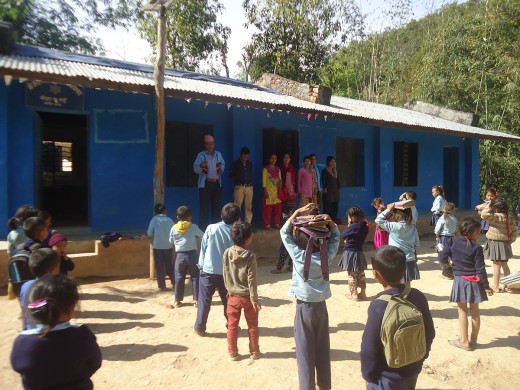 It was discussed with the headteacher, chairman of SMC and project staff members separately at whether some money from the school ( that which was given by District Education Office (DEO) NRP 250,000.00 ) can be spent on project teacher salary. Final decision to be confirmed. This we hope will help to contribute to the wages the projects provide. 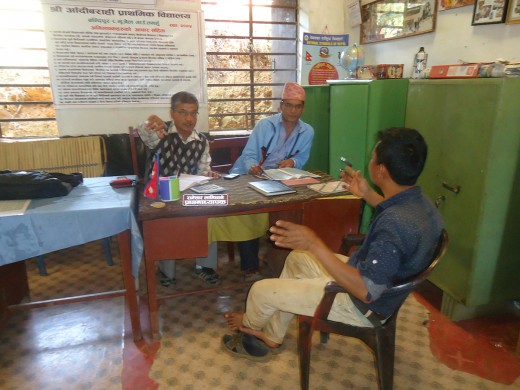 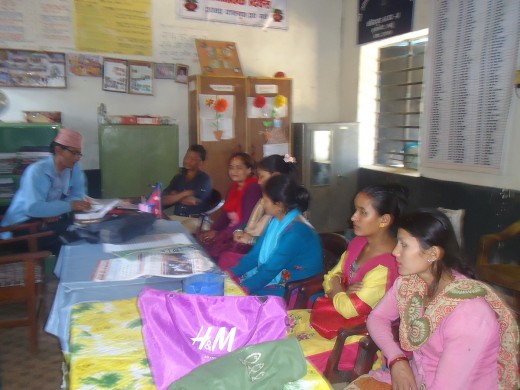 In Bandipur Bikram and some others are going to start renovation work of a house ( a house rented by Rotary club to establish a cafe and lodge) from 14th April. They are planning to finish it within one year of starting. Once up and running, the profit will be split between five local schools, one of which is Aandhimul’s. With Bikram being a part of this project he will try his best to help our school and make it a success.

There was an article published in “KANTIPUR” the Nepal national daily on 12 March 2016 about our school. The theme of the news was “poor students’ neglected school”. It shows media also showing there interest in the school and how things can change like what is happening now. 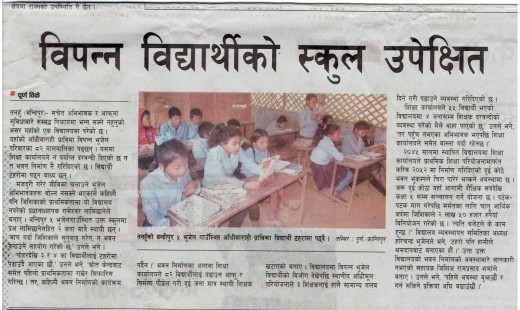 KANTIPUR is widely read in Nepal. This news drew the attention of District Education Office and Ministry of Education too.

Below is a picture of Kumar the site manager and valued member of the project, busy at work. 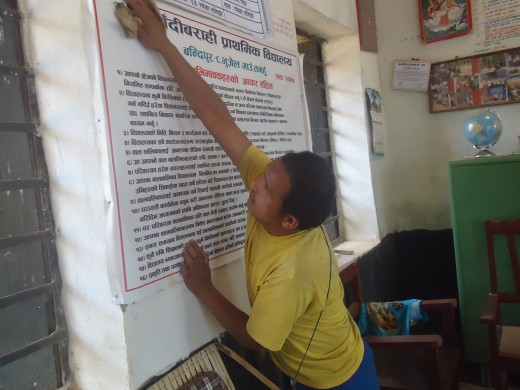