They have chosen a new location and the location is between the present nursery classroom and the bamboo classroom. As previously mentioned, it is not practical to construct the nursery building where the demolished youth club building is located.

The engineer marked the area to make the foundations. They also appointed Bir Bahadur Gurung as the construction contractor. He is making a school in Thumka (a nearby village) too.

So the work will start after 2 weeks. They will still build to the the existing drawing and there will be no compromise in the quality.

Bikram will take the engineer time and time again throughout the project and will send pictures once the work starts. 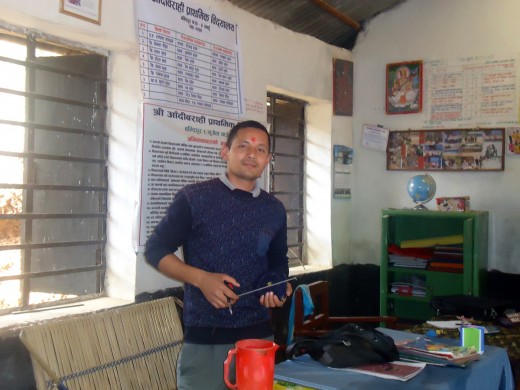 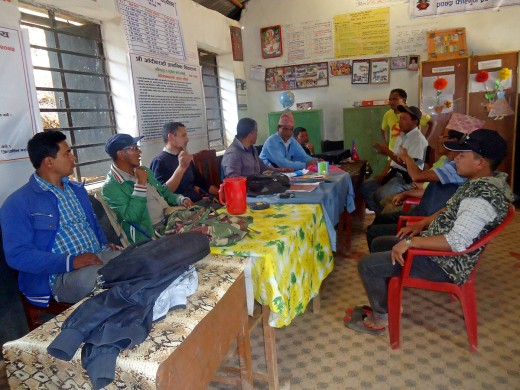