Bikram visited the school yesterday and observed classes being taught by all the teachers.

Kamala was teaching maths in class 2 by using cards ( number, words and picture ) which she prepared during teacher training in Bandipur. 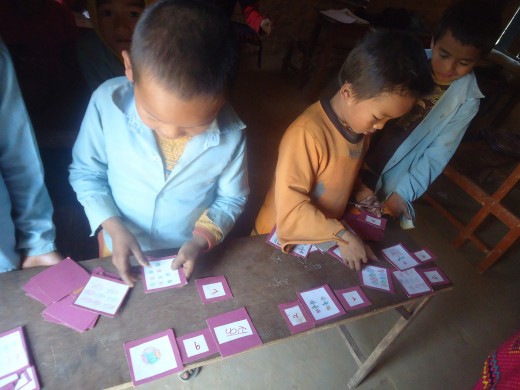 Sarita was teaching English in class 3. The topic was ” Animal Habitats “. Bikram found that she was having trouble to pronounce some words appropriately like shade, cylindrical, wind, hares, hive and kennel. So after she had taught the class, Bikram and Sarita sat in the office and Bikram helped her to pronounce correctly. He also advised her to use the English dictionary they have in school to help her to pronounce words correctly. 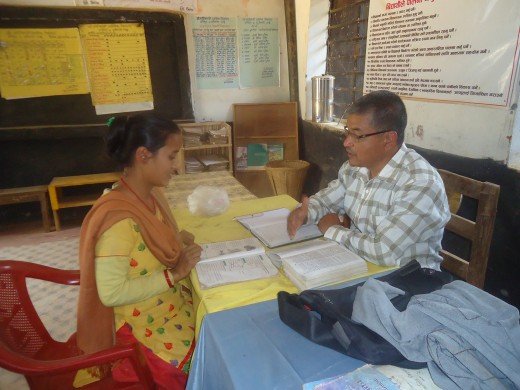 In class 1 Rexsona Dhakal was teaching maths. The students were learning numbers. Bikram asked the students if they could spell numbers 1 to 10 in English and then he wrote the on the whiteboard next to the Nepali. 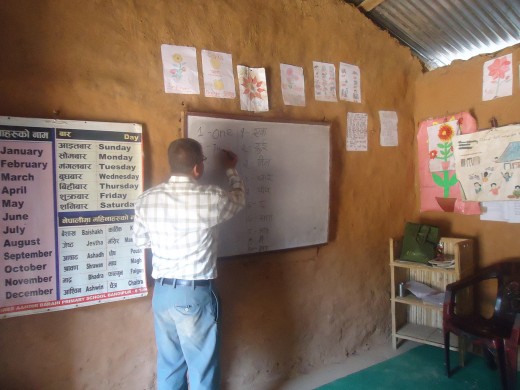 Bikram also met with Ram Maya Bhujel, our new litter officer, and discussed and showed her about her duty. And below is a nice picture of the children enjoying play time. 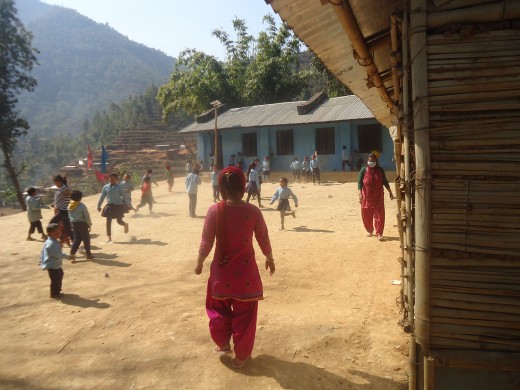 There was a parent meeting on 15 February at school. All the school management committee members, all the teacher staffs, all the parent teacher association members and 50 parents were present at meeting. Most of the parents who attended were the mothers/carers. They had a good discussion on each agenda. 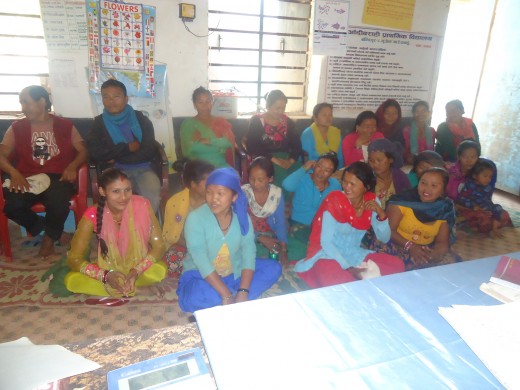 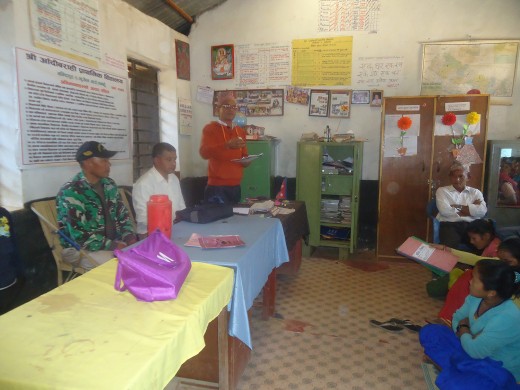 Headteacher Rameshwor presented the agenda to be discussed. The parent meeting endorsed the following agendas: 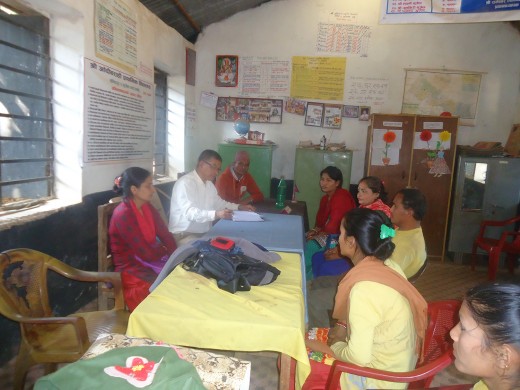 After the parent meeting Bikram and the school held a separate staff meeting. All the project staff expressed their willingness to continue their job for next school year. They hope that there will be around 100 children studying in the school by the new session. Therefore they will need more bowls, glasses and spoons for the school lunch (khaja). They will also need some more learning materials and educational/fun games.

In light of this increase the project will need to increase the money provided for both khaja and school materials, possibly as much as 50% to what it is currently. The project staff are also hoping a reasonable increment in their salary.

Bikram met with Urmila’s (a student being supported by one of our donors) mother, Junki Bhujel, and gave her NRP 400.00 for the month of Magh to support with Urmila’s schooling costs. Until now (this current academic year), Bikram has given Urmila and her family NRp 4000.00.

Pampha and Kamala (project teachers) will join training that is organised by Seto Gurans in Bandipur on 26 and 27 February.

There is an immunisation programme for Rubela, measels and polio to be held on 28 February at Jaldevi Primary School, Kalchok nearby Thumka, for children from 9 months to 5 years. So they will take all the school children there for their immunisations.

It is confirmed that the project will need to contribute NRP 348,914.00 as 70 percent of total cost to construct the new nursery building.

The local government, the Bandipur municipality, have given money to cover for new desks and benches for the new Class 5.

One of the villagers whose house is being rebuilt/repaired, Junkiri Bhujel, is taking medicine regularly to help recover from TB. She also took part in the parent meeting yesterday.

Ram Maya Bhujel (the new Litter Officer) has been made clear about her duty.

On 5 February, there was a joint meeting between the School Management Committee and some influential person from community, at school. In that meeting the Headteacher presented the income and expenditure of the Bhailo Programme. The total income was NRP 103,954 and expenditure was NRP 39,000. A total profit of NRP 64,954. 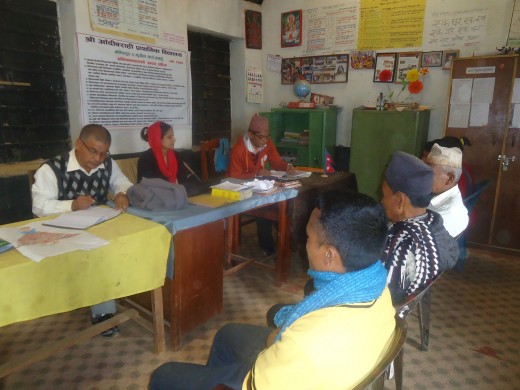 That meeting decided to call a parent meeting on the 10 February. Also, the school’s anniversary will be celebrated on 3 March. In that meeting Bikram also discussed on School Programme for new Academic Session. By the new session they will start Class 5. The Project will contribute towards the build of the new classroom, alongside the profit from the Bhailo Programme and help from Bandipur Municipality. The school will also need 10 sets of desks and benches for Class 5. 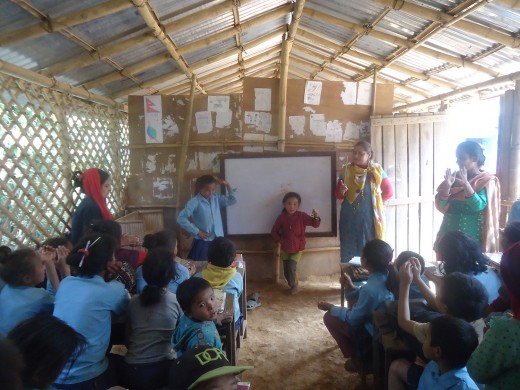 School Class are running smoothly. All the teacher’s are regular they are benefited from Training they have made an using materials which they have learned from Training .Student achievement level is increasing and all the student are happy at school. 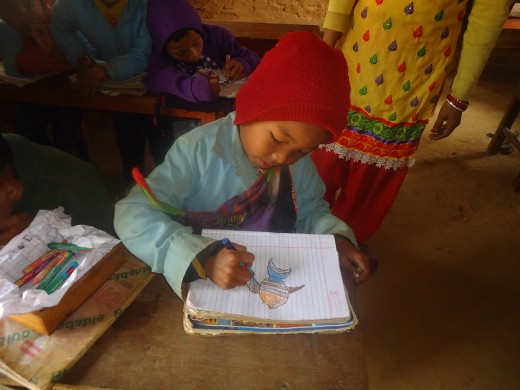 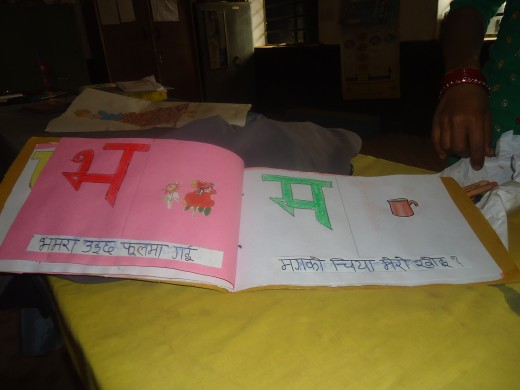 Junkari Bhujel to whom project promise to help to rebuild her house has been suffering from tuberculosis for the past 2 months and is taking medicine regularly, that is why she is delaying rebuilding work. Bikram requested her come to Bandipur Hospital for treatment and he promised to help her.

Below are also pictures from the last health camp held a few weeks ago. 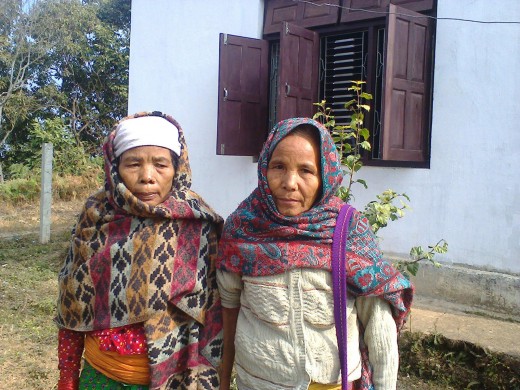 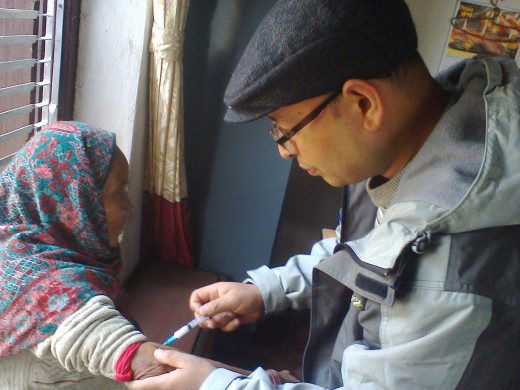 Our litter officer Rana Bahadur Bhujel is sick so he can no longer continue in his job. He has been thanked for his hard work and helping keep the community clean. The community, alongside Bikram, will appoint a new litter officer by 10 February, the Parent Meeting.

On 7 February, one Spanish traveller visited our School and she is planning to do some volunteer work in future with the school. 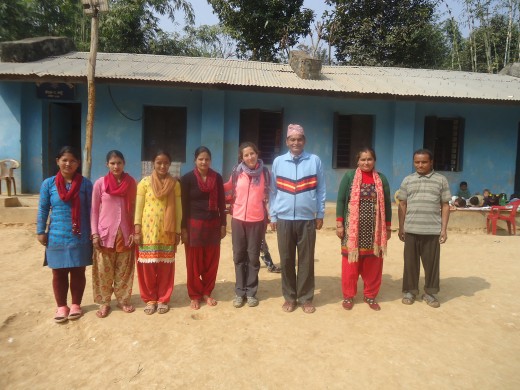 Please see below a message from Tony who set up Quake Quilts:

It was essentially the same area as two weeks before. . . . however this time villagers trekked down to our distribution point (5hrs in some cases) and this was more heart-wrenching for these people clearly had so so little – aka even less. We had been asked specifically to return for this very purpose – and to ensure no more and no less than 162 quilts as this was the number of Chepang couples/families and it would be a bad idea to mess with this clear-cut ‘entitlement’ qualification.

I also expect we shall be putting together a short power-point presentation (now available QQ Aandhimul PPP Feb16.pptx (11mb)) which should tell a lot. Further to which yesterday’s sortie was a great photo opportunity; The Aandhimul logo featuring worthy and prominent.

With best wishes and high-fives of solidarity